Get incredibly close to the power of nature. Storforsen – the largest unregulated rapids in Europe – is a mighty show of whirling water which stretches out over five kilometers and breaks into a fall of 82 meters. You can hear the rapids thunder, watch the water froth and feel the splash of the cool water from first row seats.

Storforsen, with its mighty surroundings can offer excitement, adventure, nature and culture in a wonderful mix. Guided tour to the rapids 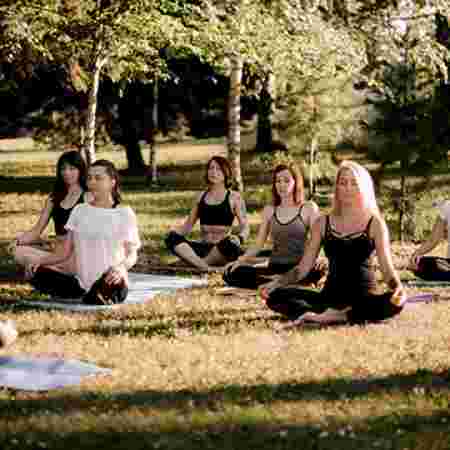 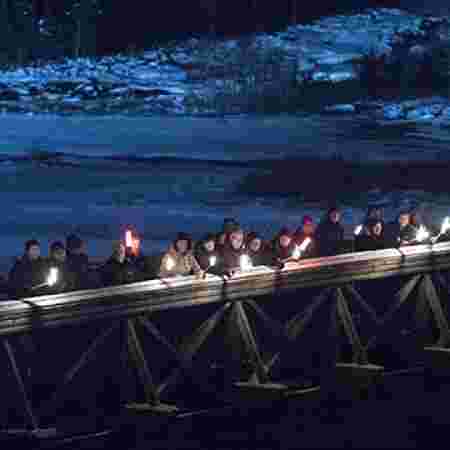 No matter what you want to do, the beautiful nature of Storforsen is an enormous source for inspiration and adventure. Thanks to trails, foot-bridges and ramps the whole of Storforsen is an easily accessible area for both strollers and wheelchairs. You can bring your kids, the dog or your grandmother for a relaxing day or weekend in nature.

Just by the Coffee Cabin, close by the parking lot there are several restrooms which are open around the clock.

Eating in Storforsen
In Storforsen you can sit down with a picnic basket on a rock anywhere. On many places in the natural reserve there’s also several grilling areas where you can grill sausage, fry lunch or boil your own coffee. If you want to get rid of all preparations before the visit you can book a picnic basket the day before with the items of your choosing from the reception in the hotel. You can also buy food and fika here at our Coffee Cabin which is open during the summer, right by the entrance to the natural reserve. Here you can buy waffles, lighter food, home made fika or a refreshing ice cream. The café is open during the summer between May and August. Round the day off with a three course dinner, inspired by Norrbotten, in Storforsen’s own restaurant. From the table you’ll have a perfect view over the grandest part of the rapids.

Sightseeing & Activities
Sunbathe on a warm rock, bathe in one of the side currents of the rapids, stroll around in the nice hiking trails or visit the forestry and log-driving museum. In Storforsen there’s something for every age! Make sure to time your visit with one of the theaters or concerts held on the outdoor stage. Like an amphitheater the rocks create a natural stand where the acoustics can reach new heights thanks to the framing. Make sure to stop by the souvenir shop to purchase a memory of the most well-visited tourist attraction in Norrbotten.

A day in Storforsen goes by quickly. There is much to discover, so why not stay overnight? Sleep in a comfortable hotel bed, in your own trailer, in a tent or in one of our cozy cabins. No matter what you prefer, you’ll fall asleep with the murmur of the rapids just outside your window.

About the rapids
Each second 250 cubic meters of water passes by in Storforsen. That’s the same amount as an entire family uses in a year. When the spring flood is at its strongest after the melting of the winter snow then water passing by can reach up to 870 cubic meters per second.

Thanks to the powerful flow of water, the rapids never freeze, even in the coldest of winters.

Storforsen begins in the massif Sulitelma just by the Norwegian border. From there the water which makes up Pite River flows through the rolling landscape of Norrbotten to eventually end up in Bottenviken by Pite Havsbad. At the foot of Storforsen the water finally calms down.

Storforsen’s history
In the 19th century people began using the rapids to ship timber from further inland, down to the coast. Before then the rapids were both wider and shallower than they are today, but they were redirected between 1878 and 1945 so that the timber could pass easier. Due to the erosion around the rapids the nature around Storforsen is characterized by meadow forest which is submerged under water at certain points. Storforsen isn’t the only well-visited area – nearby are also Brudforsen and the Dead Fall.

Brudforsen
From Storforsen you can wander five kilometers upstream to reach Brudforsen.
Here the water of the Pite River slowly flows by.
By the water there are several dedicated grilling areas where you can take a seat and rest your legs or have a fika.

In the hotel reception you can rent a bicycle to make your way up to Brudforsen, the trail is easily accessible and passes through the beautiful pine forest.
You can also take the car to Brudforsen without any trouble.

Döda fallet
The area around Storforsen has strong historical roots.
In the 19th century people began using the rapids to ship timber from further inland, down to the coast. Before then the rapids were both wider and shallower than they are today, but they were redirected between 1878 and 1945 so that the timber could pass easier.
The bottom of the old river dried out and formed what today is known as the Dead fall. Here the water-sharpened cliffs meet wild canyons that have been carved from the mountain where the water once flowed.
From several levels of the mountain you can dive straight down into the water-filled valley, the highest level is astonishing 12 meters!
Around the Dead Fall there are several giant’s kettles, carved in the mountain. The beautiful place right next to Storforsen reminds you of the power of nature and water.

Nature tourism
From all over Norrbotten and Västerbotten you don’t need to travel far to experience genuine untouched nature. For us in Storforsen sustainable tourism is about taking care of our environment without burdening it for no reason. That means that we maintain instead of ruining the environment we’re living in. It’s been our philosophy long before eco-tourism became fashionable.

Fishing
All year round, Storforsen is a starting point for fishing, both in small lakes as well as in the fast currents of Pite River.
A popular fishing area is the stretch between Storforsen natural reserve and Benbrytebron in the west.
Here both fishing cards for Storforsen’s SFK:s card fishing area or Sveaskog’s fishing card between Arvidsjaur and Älvsbyn are valid.
Another popular area is Trollforsen outside of Moskosel, which contains a nine kilometers long fishing stretch which starts in Hökselet and goes down to the railway bridge which crosses Pite River. In the flowing water the fishing is varying with perch, grayling, whitefish and trout to mention a few. Pite älv ekonomisk förening administers the fishing in Trollforsen.
Along Pite River there are several nice resting cabins and windbreakers.

Hiking
Step into the hiking boots and go out into nature! Around Storforsen there are several nice hiking trails which work just as well for you who want to run. In the reception of the hotel there are orientation maps which show you where you can walk and run. In front of the entrance to Storforsen is the old experience forest Fredriksberg, with many nice trails and resting areas. If you want to get up high to enjoy a beautiful view of Storforsen you can climb Bredselsberget. As you’re on the peak you’ll find an outdoor fireplace with chopped wood in case you want to grill some sausage when you get there. Just one mile from Storforsen is Vitberget, the highest peak in Norrbotten which is 594 meters above sea level.

Nearby
Right between Storforsen and Älvsbyn, along road 374, is Fällforsen – a beautiful waterfall with an 11 meter drop.
By the waterfall there are several grilling places and plenty of parking spots.

If you want to make a longer trip, Trollforsen north of Moskosel is well worth a visit.
Upstream along the Pite River the nature is wild and barren. Many rapids and streams together form a fantastic stair fall around Trollholmen in the middle of the river. You can reach the islet thanks to several small bridges. The entire area is perfect for enjoying the outdoors with several grilling areas, wandering trails, information signs and resting cabins.

On Slengmyren, close to the village Lomträsk, there is a large and clear cold spring.
The turquoise water of Grodkällan is beautiful against the weathered mires around. Take a seat by the windbreak and gaze at the bubbling from the bottom of the three meter deep springs, caused by the high pressure of the water. A trail with partial footbridges will take you from Häggsjölidväggen to the springs, which is around a 600 meter walk.

In the winter Kåbdalis is one of Norrbottens most well-visited skiing resorts. From Storforsen you can reach Kåbdalis in around half an hour, which makes Storforsen a perfect place to spend the night. After a day of skiing you can let your body rest in our hot tub which is located beneath the open sky.

There’s a reason why Älvsbyn is often called the jewel of Norrbotten.
The society is nicely embedded in a flourishing forest, surrounded by mountains that meet the rippling Pive River.
With the forest around the corner, outdoor activity is always available.
In the city center there are several cozy shops and cafés. Storforsen is a fantastic choice for weddings all year round.
Beautiful like it’s out of a fairy tale with its natural beauty no matter the season.
Our special chapel with its unbeatable view also has one of the most beautiful altar pieces.